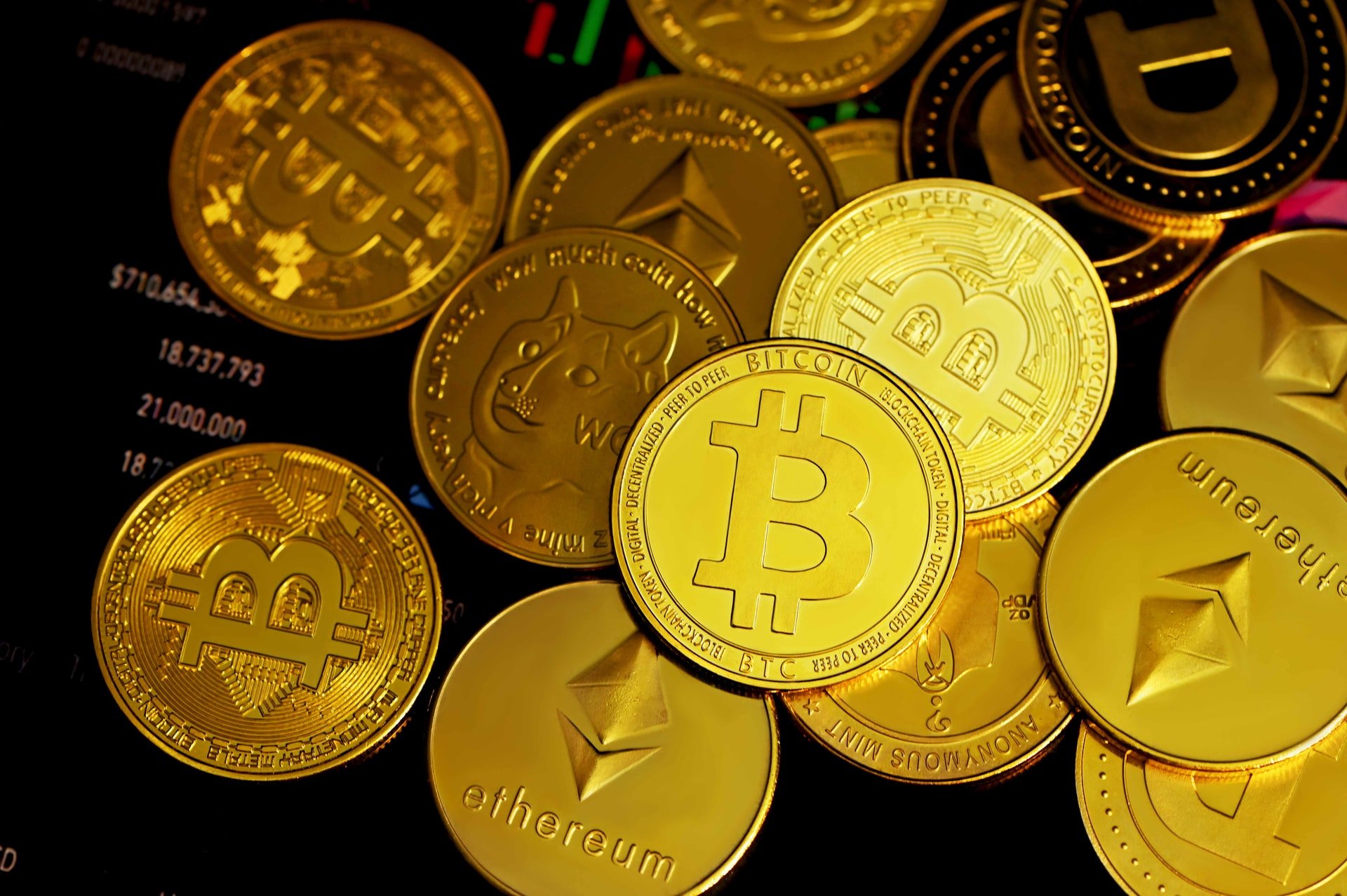 Bitcoin: The Ultimate Guide To Investing In Bitcoin In Canada

Bitcoin is a revolutionary form of currency. It allows for safe and secure transactions without the need for banks, governments, or other intermediaries. Ever since its inception in 2009, the Bitcoin market has been growing exponentially. There are many reasons why you should invest in Bitcoin.

To show you how we’ve created this ultimate guide to invest in Bitcoin in Canada that will help you understand everything you need to know about cryptocurrency and how to make money while still being mindful of your financial situation.

Cryptocurrency is a virtual currency that uses encryptions to govern the generation of individual currency units and verify the transfer of funds, operating independently of banks. The most popular example of this is Bitcoin, which was created in 2009 by an anonymous group under the pseudonym Satoshi Nakamoto.

Bitcoin has become popular because it’s a decentralized form of currency, meaning no banks or governments are involved in transactions. This makes it very convenient for people who don’t have access to banks, credit cards, or other forms of traditional currencies.

The History Of Cryptocurrency

Bitcoin has been around since 2009 and has become the most popular digital currency. It is a form of digital currency that cannot be touched, so it lives online. Bitcoin was created by an individual or group of people who used the pseudonym Satoshi Nakamoto.

Digital currencies have been around for quite some time now, but Bitcoin is different because no one really knows who created it. This is what makes Bitcoin unique because a lot of other cryptocurrencies were made by individuals or groups that claimed to be the founder.

Bitcoin is a type of cryptocurrency that runs on a decentralized platform. Bitcoin transactions are recorded in a public ledger called the blockchain. Unlike centralized banking systems such as the Bank of Canada, Bitcoin doesn’t have any form of central authority. Instead, transactions are verified by a network of computers called miners. Bitcoins aren’t printed like paper money; they are mined using computer algorithms and electricity.

How To Buy And Invest Bitcoin

The first step to investing in Bitcoin is to buy Bitcoins. You can purchase Bitcoins online by using your Canadian bank account and performing an online purchase through popular Bitcoin exchanges. However, there are other methods you can use, and to learn more about buying Bitcoin, head over to Wealthsimple and check out their guide on how to buy Bitcoin in Canada 2022. Once you have the cryptocurrency, you can then invest it for the long term or use it as a speculative investment and trade it on more volatile Bitcoin exchanges.

The blockchain is the underlying technology that powers Bitcoin and other cryptocurrencies. The blockchain is essentially a decentralized ledger of all transactions in chronological order. This means that every transaction that has ever taken place with Bitcoin cannot be changed or tampered with.

Each block in the blockchain contains information about the transaction and a link to its previous block. As a result, it’s virtually impossible to go back and change any data without being detected by the majority of nodes on the network, which are the computers working to verify transactions on the Bitcoin network.

Where Can I Use Cryptocurrency?

There are many places where you can use cryptocurrency. You can use Bitcoin to purchase goods, services, and make investments. Bitcoin is the most popular form of cryptocurrency, and a number of different merchants accept it. This means that if you’re trying to spend your bitcoins in one place, you’ll have plenty of options.

You also have the option of using Bitcoin as an investment vehicle. Bitcoin’s price fluctuates on a daily basis, so it’s important to understand this when making an investment decision. There are many ways to invest in Bitcoin so before you buy any, find out more about your personal situation and what type of investor you are.

Another great way to use Bitcoin is for remittance services like transferring money between countries as it is not subject to the exchange rate of traditional currency. Bitcoin provides a cheaper alternative than traditional methods that enable you to send money internationally at a much faster rate than traditional conversion rates allow.

What Are The Pros And Cons Of Investing In Cryptocurrency?

You may be thinking that investing in cryptocurrency is a risky proposition. But there are plenty of reasons to invest. Cryptocurrency gives you the chance to profit even if the market is crashing. Bitcoin and other cryptocurrencies have been shown to rise in value during times when there is a financial crisis.

Investing in cryptocurrency can help you build your wealth. Cryptocurrencies have been known to produce some of the best returns on investment than any other asset class over long periods of time. This has made them a wise investment for those who are looking for high long-term profits.

It’s easy to use cryptocurrency as payment with merchants who accept it or trade it at any time, day or night with all countries across the world because international borders don’t restrict Bitcoin. This means that you can send money as quickly as sending an email without going through banks, which saves precious time.

How Do You Store Cryptocurrency?

There are a number of ways to store cryptocurrency. You can either store it in a digital wallet, which is an online account where you keep your currency for future transactions, or you can purchase a hard drive where you can access them from any other device.

Other Cryptocurrencies You Can Invest In

There are other cryptocurrencies that are worth investing in, such as Litecoin, Dash, Monero, and more. These currencies have been created with the same concept as Bitcoin: to be a decentralized form of currency without borders or regulation. A lot of people think that investing in these types of currencies is risky, but it can also be extremely profitable if you do your research first and make the right decisions.

Why You Should Diversify Your Investments

Bitcoin is a volatile market, and due to this volatility, it’s important to diversify your investments. Diversifying your investment portfolio will help you reduce the risk of significant losses when investing in Bitcoin and other cryptocurrencies.

The best way to manage the risk of any investment is to be mindful of your financial situation and diversify accordingly. For example, if you have a small amount of money that you can afford to put into Bitcoin, then invest a little at first with the intention of adding more over time as you earn more money. If you have a lot of money, then only invest up to your financial limits so that you can take advantage of this high reward investment opportunity.

Bitcoin is a risky investment. Many things could happen to the currency that could change its market value, including the development of a new coin or even a hacker stealing Bitcoins from another user. That said, you should always do your research before investing and understand what your risk tolerance is. One way to determine your risk tolerance is to think about how much money you can afford to lose.

How To Create An Investment Strategy

Before investing in Bitcoin, you’ll need to create a strategy. In order to do this, you’ll need to think about your personal financial situation and how comfortable you are with risk. The reason is that the Bitcoin market is volatile and can change rapidly; there’s no telling what will happen next.

There are many different strategies you can use when trading cryptocurrencies:

The best way to create an investment strategy is through personal preference. Some people might be more comfortable with one style of investing than another, so you can find what will work best for you based on your needs.

Cryptocurrency’s Impact On The Environment

Cryptocurrency is detrimental to the environment for many reasons. The most significant reason is that cryptocurrency mining requires an immense amount of energy, which leads to the release of carbon dioxide into the atmosphere every time new Bitcoins are created.

It is important to have a strategy before investing in any new opportunity. Bitcoin is a risky investment, but the rewards can be great. However, there are many risks involved with the currency. The future of cryptocurrency is unknown. Investors should be aware of the risks and be prepared to lose some or all of their investments.