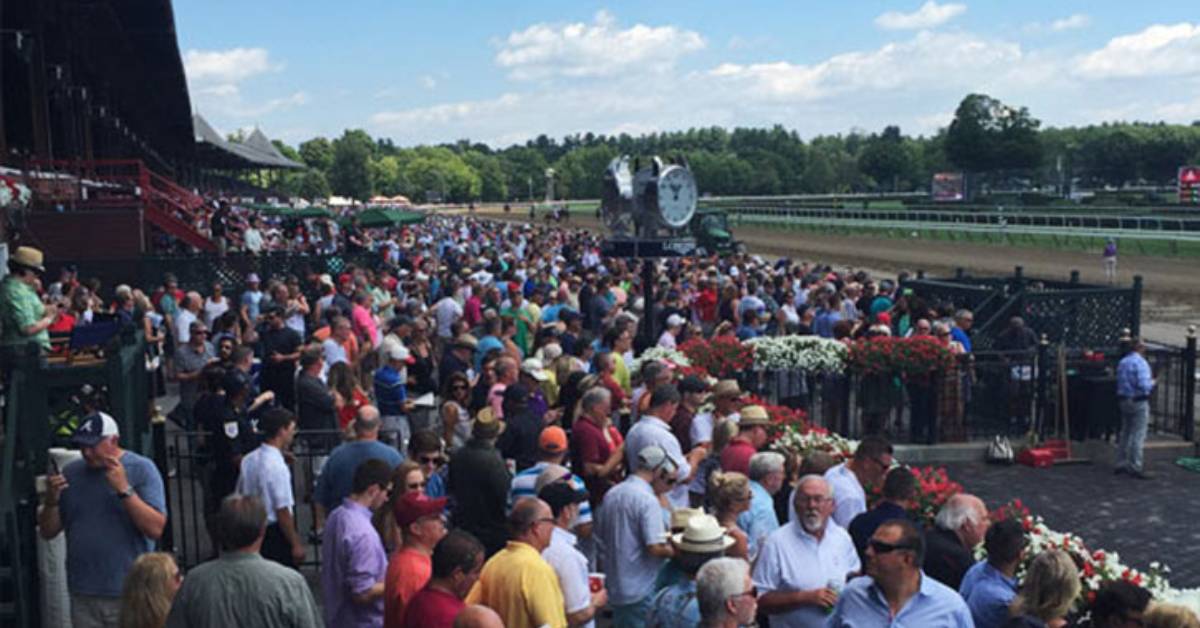 Who Are The Favorites For The 2022 Travers Stakes?

The Grade I Runhappy Travers Stakes is quickly approaching! Known as the “Midsummer Derby,” the Travers is run at 1 ¼ miles and often serves to solidify the leader of the three-year-old dirt male division.

It is one of the last chances a sophomore has to run a top-level race against his age division, as the major fall races will require him to match up against his elders. You can follow this Saratoga betting guide by TwinSpires before choosing who you are backing in this race.

All of the biggest Travers prep races have been run, and there are a handful of candidates who stand head and withers above the rest.

Epicenter, the vanquished favorite in both the Kentucky Derby and the Preakness, flashed his earlier quality in the Grade II Jim Dandy Stakes, Saratoga’s Travers prep. The small but talented field saw the bay son of Not This Time best his rival Zandon as the latter made his first start since the Derby. Following the top two were Grade III Ohio Derby winner Tawny Port and Preakness winner Early Voting.

Epicenter adds this win to Derby prep victories in the Risen Star Stakes and the Louisiana Derby (both Grade II). His two Classic attempts resulted in classy second-place finishes, and while he has never won at the 1 ¼ mile distance, his performances in routes indicate that stamina is not a weak point.

Charge It’s dominant 23-length win in the Grade III Dwyer Stakes remains the most visually impressive performance by any three-year-old this year. He took over the race at the five eighths pole and pulled away, putting to rest any worries that the lightly raced colt was still “green” and unprofessional.

Cyberknife showed that he had a lot of grit in his Grade I Haskell Stakes performance. All of the pre-race hype had centered on the previously unbeaten Jack Christopher, but in the end it was two Kentucky Derby veterans- Cyberknife and Taiba- who battled down the stretch. Cyberknife pushed ahead just enough to gain a head victory and a track-record time, covering nine furlongs in 1:46.24.

Although Cyberknife had a reputation for inconsistency earlier in the year, as shown by his poor performances in the Grade III Lecomte Stakes and the Kentucky Derby immediately before and after his Grade I Arkansas Derby triumph, he has, according to trainer Brad Cox, started to mature. The Haskell win was his second in a row, following his victory in the Grade III Matt Winn Stakes.

The shocking Kentucky Derby winner hasn’t raced since finishing a flat sixth in the Belmont Stakes, but that doesn’t bother trainer Eric Reed, who has opted to train Rich Strike up to the Travers without the benefit of a prep race. According to Reed, Rich Strike has grown since the Triple Crown, maturing both physically and mentally.

Reed believes that the more favorable pace scenario will help his colt, as well as a plan to keep Rich Strike to the inside whenever possible. Rich Strike’s sire, Keen Ice, famously defeated Triple Crown winner American Pharoah in the Travers Stakes of 2015.

Trainer Todd Pletcher has not committed to sending his top filly, Nest, to the Travers, but he hasn’t ruled it out, either. He favors running Nest against her own sex in the Travers’s sister race, the Grade I Alabama Stakes for three-year-old fillies, but he remained open to the idea of sending her against males again. In her first attempt against colts, Nest ran a creditable second to Mo Donegal in the 1 ½ mile Belmont Stakes.

That performance, coupled with Nest’s pedigree, indicate that route races are likely to be her strong suit. Her sire, Curlin, won the Breeder’s Cup Classic at 1 ¼ miles, while her damsire, A.P. Indy, won that race as well as his own Belmont Stakes, in 1992.