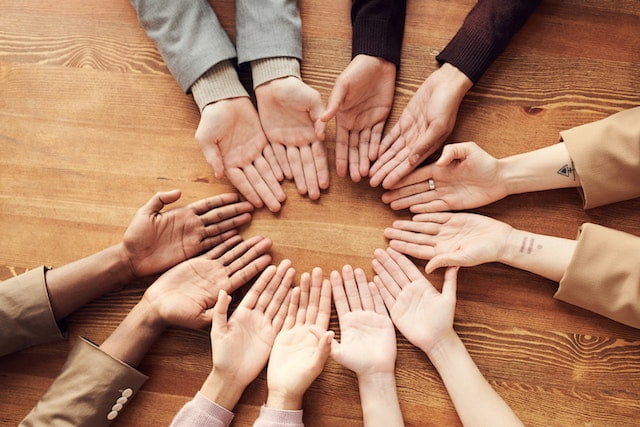 The Must-Knows of Critical Race Theory

Whether you are a newbie or an old-timer, critical race theory is a must-know topic that will help you become a more informed person and a better communicator. In this article, you will learn more about the concept of racism and what you should know before you make a statement about it.

Founded by Derrick Bell and Kimberle Crenshaw, the foundations of critical race theory emerged in the late 1970s and early 1980s. Based on historical materialism, these ideas were developed in legal analysis and collected in some books and anthologies. Critical race theory argues that white privilege has been the primary factor in racial inequality, unlike the “magic bullet” of the civil rights struggle, which was the formal legal equality of blacks and whites. Republican-aligned critics often misunderstand these theories. Critical race theory is based on some ideas, including the idea that the United States is inherently racist. It’s also a social-political movement that draws on racial chauvinism and separatism. In theory, critical race theory is a useful tool for political change. It’s an attempt to understand the roots of race-based inequities, understand the social structures that create them, and take responsibility for addressing them. In practice, however, it’s been used by middle-class academics to make money.

Across the country, state legislatures are restricting critical race theory in education. More than forty states have introduced legislation to curtail or prohibit CRT. Some bills ban discussing gender identity, conscious and unconscious bias, privilege and oppression, and course credit for political activity.

The effort to restrict critical race theory violates educators’ rights. These laws also impact thousands of schools and school districts across the nation. In some cases, teachers could face disciplinary action and monetary penalties. A broad coalition of civil rights organizations, historians, and education organizations has criticized the attempts to restrict CRT. The efforts have sparked protests and confusion across the nation.

Seven states have passed legislation restricting critical race theory in the last six months. Two bills, including one signed by Gov. Greg Abbott over the summer, have also been defeated in Indiana.

The Texas bill bans discussions of race superiority, psychological distress due to race, and responsibility for past actions of race members. It also bans state agencies and contractors from teaching divisive concepts.

Racism Is A Social Construct

Initially developed in legal studies, Critical Race Theory is a methodology grounded in social justice principles designed to encourage research and practice based on marginalized communities. Critical Race Theory aims to dismantle racial hierarchies by integrating lived experiences and disciplinary conventions. It has been adapted to use in various fields.

In addition to its origins in legal studies, Critical Race Theory is also used in various disciplines, including education, gender studies, and public health. It encourages researchers to take a critical, self-reflective approach to understand race-related exposures and inequities. Research-based on Critical Race Theory has generated a growing transdisciplinary movement toward achieving race equity. These scholars have challenged widely held beliefs about race and have provided fresh perspectives on existing problems. Critical Race Theory has also been used in public health research, especially in HIV testing among African Americans. The findings were shared with frontline public health professionals and community members.

It’s A Gift To Christians.

Whether or not you believe in the Bible, you will likely find some value in Critical Race Theory. It is one of the most popular theories among Christians and is central to many education, politics, and parenting discussions.

The term “CRT” is shorthand for the theory that racism is a systemic problem, not an individual affliction. Historically, racism has been institutionalized through centuries of slavery, redlining, and Jim Crow laws. Critical race theory aims to create tangible equity for the oppressed. There are many misconceptions associated with CRT. Many conservative Christian leaders have warned against the theory, and some even oppose it. However, the theory has come into its own as a flashpoint in the new culture war. One common misconception is to confuse CRT with Marxism. Although the theory has flaws, it is a solid foundation for a Christian worldview.

The theory can be a bit opaque to Christians. Many of us don’t know where to start and may be overwhelmed by the scope and complexity of the ideas contained in CRT. This makes it difficult for Christians to embrace or reject the theory.

Almost 80% of Americans have not heard of critical race theory (CRT) and don’t know what it is. But nearly a third of Americans say they’ve heard a little. The term has become a boogeyman for people who don’t want to acknowledge the racist history of America. CRT is an idea that emerged from postmodernist thought. Postmodernism is often skeptical of objective knowledge and liberal values. It tends to be skeptical of Enlightenment rationalism and the merit of individual people. Critical race theory is used in academic studies to understand and address racism. It also helps explain why systems serve different groups differently. It can be used as a means to change inequalities in society. Some scholars use critical race theory to help students understand why they’re disadvantaged. Critics charge that critical race theory leads to intolerance and creates negative dynamics. Some educators don’t teach CRT concepts explicitly, but they may use CRT to describe the problems in their schools. Some school officials have used CRT discourse to help improve school safety.